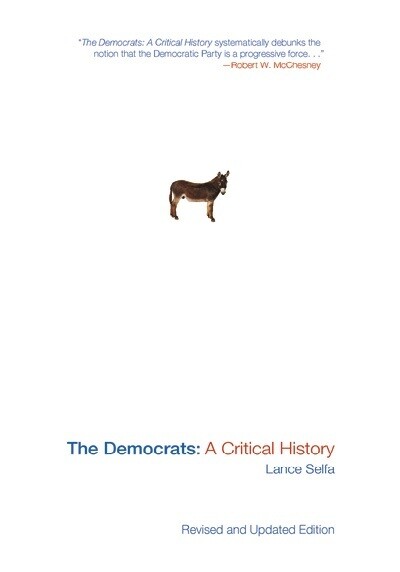 The Democrats: A Critical History by Lance Selfa

Political independence from the capitalist parties is defining principle of the North Carolina Green Party. Lance Selfa's book details the pitfalls and contradictions that arise when progressives and socialists attempt to work within a capitalist party. Self offers a compelling argument that the left must form their own anticapitalist independent parties in order to effect lasting change. Get the ebook with your donation to the NCGP—minimum suggested donation of $5. Ebook files will be emailed to you in .epub format when you place your order.

Offering a broad historical perspective, Selfa shows how the Democratic Party has time and again betrayed the aspirations of ordinary people while pursuing an agenda favorable to Wall Street and US imperial ambitions. Selfa examines the relationship between party leaders and social movements, from the civil rights struggle to the movement to end the Iraq war; reveals the unhappy marriage between U.S. labor and the “party of the people”; and assesses the mixed record of attempts to build a third party alternative.

Save this product for later
Display prices in: USD