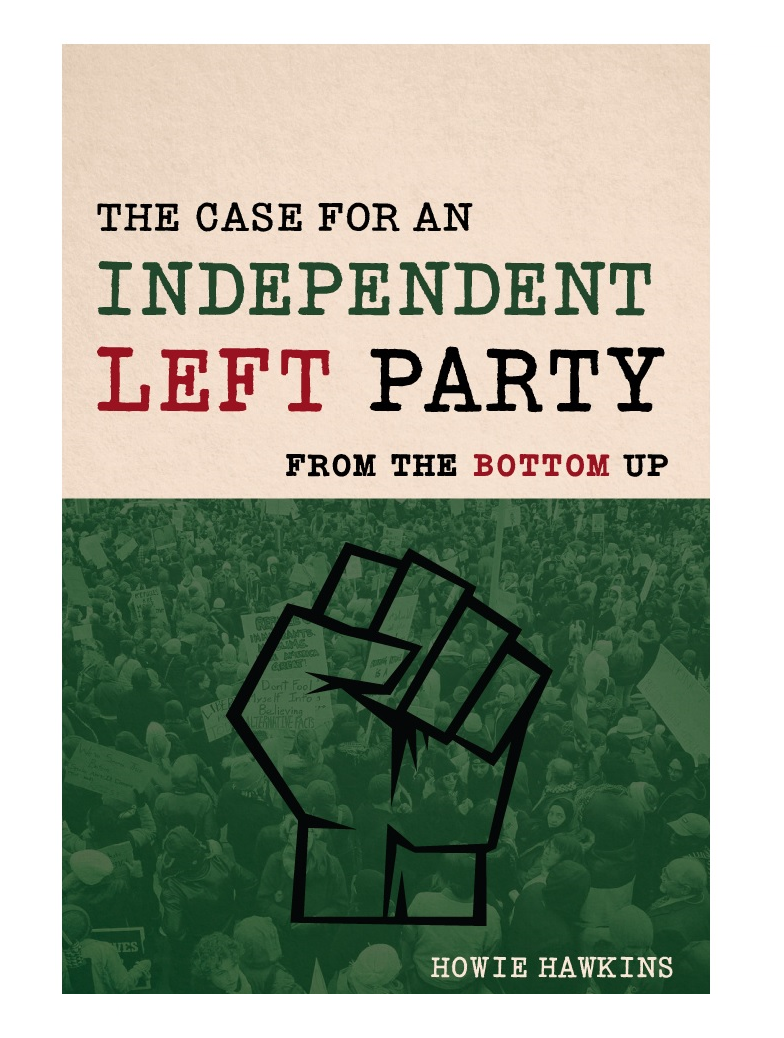 The Case for an Independent Left Party: From the Bottom Up by Howie Hawkins

This is a FREE ebook. Want to support our work? Consider donating to the North Carolina Green Party.

Green Party 2020 presidential nominee Howie Hawkins makes the case for breaking with the Democratic Party, primarily by examining successful socialist and progressive independent parties in the first part of the 20th century. Hawkins argues that the American left is in dire straits because it has largely abandoned that principle of political independence—with the exception of the Green Party—and that to build power, an independent party must be dues-paying and membership-based.

Ebook files will be emailed to you in .epub format when you place your order.

At a time when a newly emerged socialist movement has entered the capitalist Democratic Party, Howie Hawkins, a longtime socialist and Green Party cofounder, makes the case for an independent left party.

The United States is the only major industrial country without a major working-class party of the left. Insurgent progressive third parties were a major force in American politics and set the reform agenda from the 1830s until the 1930s. Hawkins argues the failure to consolidate a working-class party is not due to often-cited electoral barriers, such as onerous ballot access laws and the absence of proportional representation of parties. The failure is because America’s left third parties, with the exception of the Debsian Socialist Party in the early twentieth century, copied the elitist memberless structures of the Democratic and Republican Parties, leaving a base of voters who were atomized and powerless.

In this expanded edition of his landmark article, revised and designed into ebook format, Hawkins argues that a mass party of the left should be organized as a dues-paying membership party that is well-funded by a mass membership organized into local branches where members have a voice and power in a grassroots-democratic party structure. He argues the party must be built from the bottom up by organizing the working-class majority to speak and act independently for itself in political education, social movements, and election campaigns.

This book serves as a guide for ecosocialists who want to change the capitalist system, not just lobby the capitalists’ political representatives in the Democratic Party.

Save this product for later
Display prices in: USD